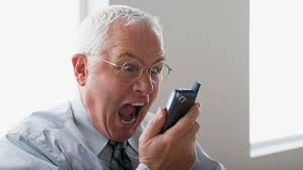 How can it be that in 2017 we’re still kicking around this old can? In an attempt to block nuisance calls BT have launched BT Call Protect for BT customers only in the last week or so. Now seems a good time to examine how it all started and why this problem will not go away.

Back in the 1980s when the phone book was as thick as a brick, everyone was fair game. Companies wanting to sell anything from double glazing to financial services could indiscriminately aim their guns at anybody; the questionable notion being that if you chuck enough mud against the wall some of it will stick. Well there was outrage and understandably so. The British public were not of a mood to have their evening meal, TV viewing and family routines disrupted in this way.

The response from the UK government was slow and although the ICO (Information Commissioner’s Office) was initially set up in 1984, it wasn’t until the Data Protection Act in 1998 that anything could really be done about nuisance calls. The Telephone Preference Service (TPS) was set up in 1999 followed by the Corporate Telephone Preference Service (CTPS). The founding message was straightforward enough, if you don’t want to receive unsolicited marketing calls register residential numbers with the TPS for your home and mobile (live calls only, not SMS) and register work numbers with the CTPS. Having registered your numbers if you subsequently received calls you could register a complaint against the company that made the call and appropriate action would be taken.

However two other things happened at around this time. Firstly, UK businesses were setting up off shore call centres taking them outside of the scope of the Data Protection Act and secondly the rise in automated recording platforms was proving to be a much cheaper option and the technology was there to support that. So, how can people protect themselves from nuisance calls now?

Well this is a battle that just rages on. There have been call blockers, call guards and all host of gadgetry to try and reduce the number of unsolicited live and automated calls. The ICO can only do so much in the face of millions of texts about PPI, solar power and accident claims and the truth is that they can’t be stopped. These people are unscrupulous – they will find a way! Communications can be sent from anywhere in the world where data is not regulated and we are all too aware of the stories of UK data being traded illegally. Legitimate companies who are concerned about their reputation would never undertake such activity. The success rate of such pursuit is low but it’s often the most vulnerable in society who are targeted.

With regard to UK business there are currently 2,741,716 numbers registered with the CTPS. Unlike the TPS which is a one-off registration, companies need to re-register their number annually to avoid unsolicited calls. It might be a consideration, after all, professional telemarketing companies don’t want to call people who don’t want to be contacted.

No tie-ins for small businesses
September 23, 2020

What’s the difference between a VA, a PA and an EA?
June 4, 2018
Tweets by callminders
Telephone answering
Your Back-up Service
Medical
Be A Reseller
Prices
About PCM
Go to Top