You don’t really love me, you just keep me hangin’ on… 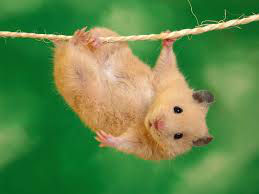 The title of this superb track by Diana Ross and the Supremes would make a great choice for callers waiting in queues to speak to operators. Just as supermarkets use psychology to keep people in store and website designers organise material to keep visitors on the site, call centres employ a number of tactics to keep callers queuing. So what works well and what doesn’t work so well?

Nobody likes queuing. However, when you’re are in a queue of actual people you can see roughly how long things are going to take. When you’re on the phone and you’re queuing you have no idea how long things are going to take, you are robbed of all clues. The human condition doesn’t like uncertainty yet the designers of call queues so often fail to make this the first consideration.

In a call queuing climate of uncertainty, the last thing the caller wants to hear is “your call is important to us” which is a complete contradiction in terms. Callers also don’t want to listen to messages about how brilliant a company is by making them listen to a list of all the other great products/services that the company provides. Both of these approaches are counter-productive and don’t do anything to show the company in a better light as far as the caller is concerned.

However worse than either of these is utter silence, this is the worst thing for callers as it promotes further uncertainty. Radio is the next worst thing as it’s a reminder to the caller that time is slipping by and listening to irrelevant chatter is not helping their mood.

So the only thing that’s proven to work best is music. Now music is a very subjective area so middle ground would appear to be the safest option, transporting callers to a musical land of bland which has the same effect as placing a hood over a distressed animal. It’s all designed to calm things down.

Hope for the caller can be given with a queue position number, or better still the caller can be informed of the number of minutes to reach the agent. The caller can smell success at this point, so it’s important that the company keeps its end of the bargain. The path to the agent should be as smooth as possible causing little or no aggravation to the caller. It’s simple psychology.

No tie-ins for small businesses
September 23, 2020

What’s the difference between a VA, a PA and an EA?
June 4, 2018
Tweets by callminders
Telephone answering
Your Back-up Service
Medical
Be A Reseller
Prices
About PCM
Go to Top