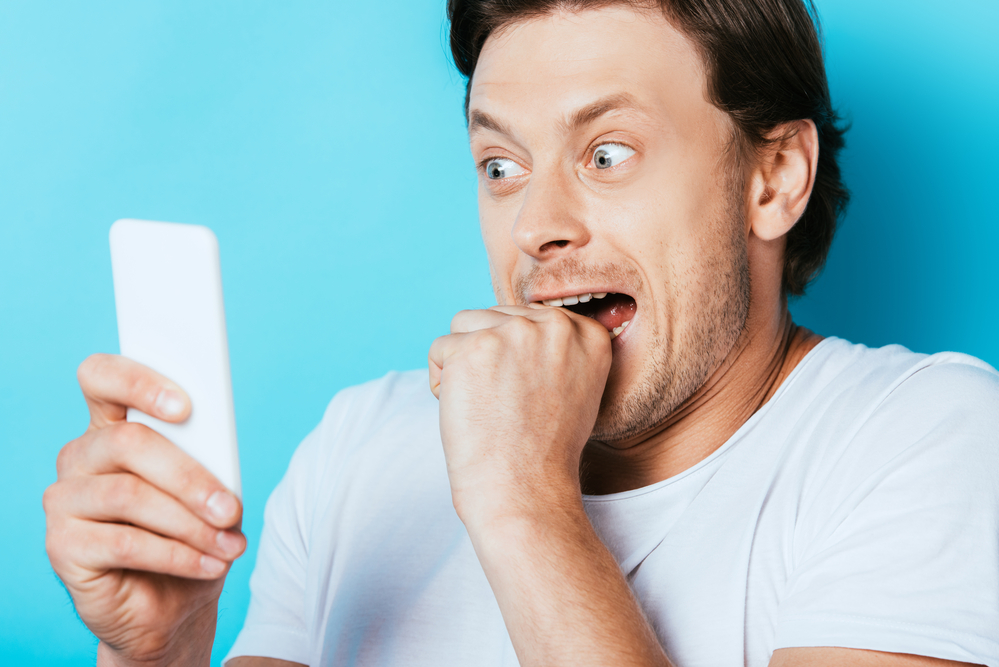 Telephonophobia is all too real for increasing numbers of people.  The phobia itself is not the fear of phones as devices. Specifically it’s the fear of making and taking phone calls.  Telephonophobia is on the increase and it’s particularly noticeable in the workplace, but why is this?  We’ve all been living with phones for the best part of 100 years, so why now?

Well our relationship with phones has changed.  Smartphones have been the primary device for 10 years now.  Many of us struggle to manage our day to day lives without them.  Smartphones are now much more sophisticated.  Ten years ago, people used them for making and taking calls and text messaging.  Now we use them for data streaming and chats through apps.  Our own smartphones are as individual as we are, they are our own private windows on the wider world.  We are in control of who and when we message.  We choose what to stream and what to ask Google.   But we don’t expect them to actually ring.

A ringing phone is traumatic for those with telephonophobia.  The physical response to a ringing phone manifests itself as palpitations, sweating and even panic attacks.  Many sufferers simply delete a call even if it’s from someone they know.  They seek the comfort zone of a message.  They don’t actually want to talk, and therein lies the root of the problem.

It comes as no surprise that most sufferers of telephonophobia are under 40 years of age.  They are generally millennials and post-millennials, born from the early 1980s onwards.  These generations are familiar with digital devices. They have been plugged in from a young age, and using computers and smartphones is second nature.  However they are not comfortable with talking on the phone. In this timeframe there has also been a steady decline in the use of landlines.  In 2016, 83% of UK households had a landline, and now it’s 73%*.  So the direction is pretty clear.  Landlines are on their way out and smartphones are here to stay.

However in the workplace landlines and fixed phones are still very important. Talking to people on the phone builds rapport and gets things done.  But millennials often resist the phone in preference to the back and forth slog of emails.  This is not efficient and can be frustrating for the client.  If you employ someone with telephonophobia you need to be careful.  It is a recognised social phobia condition and forcing people to answer the phone may cause conflict and social anxiety.  If answering the phone is part of someone’s role then they will need to be trained.  This will help to overcome any fears and hopefully their confidence of talking on the phone will grow.

Alongside telephonophobia there are also people who are Woke.  These people are terrified of saying the wrong thing, upsetting people and causing offence.  These people need coaching in the workplace.  If answering the phone is part of their role, they will probably seek to avoid it.  Again they can be encouraged and trained to grow in their confidence until answering the phone isn’t a problem. This applies to genuine situations of course, and not to those who scream telephonophobia when they can’t be arsed to answer the phone.

Speaking on the phone is a terrifying prospect for some people.  Telephonophobia is a real deal and people aren’t always able to admit that they have a problem.  Keep an eye or ear out for anyone who might be struggling and if outsourcing your phone calls is the way to go, then please get in touch. We’re happy to be contacted by phone, email or via the website or social media – there’s lots of choice.  Making a phone call is not compulsory.

Would you trust a website with no phone number?
February 21, 2022

When to use Terms of Endearment
January 12, 2022
Tweets by callminders
Telephone answering
Your Back-up Service
Medical
Be A Reseller
Prices
About PCM
Go to Top