To script or not to script 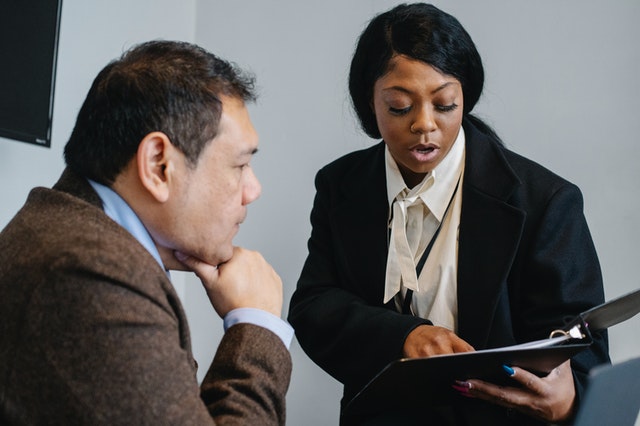 Have you ever received a call along the lines of “hi, I’m xx from xx, how are you today?”  Blargghh!  These are all the classic signs of a sales call script.  Scripts aren’t great for creating conversations, but they do have their place.  So if you’re wondering whether to script or not to script, this is the blog for you.

Bots are at the bottom of the ladder when it comes to sales calls.  These ‘tell and sell’ calls are totally scripted and sent in massive quantities to throw as much mud as possible against the sales wall to see if anything sticks.  It rarely does.  Most people hang up immediately.  It’s obvious that it’s a scam.

Then above the bots are the humans that make scripted sales calls.  Again it’s a mud-slinging exercise but this time there is more pressure.  People making the calls are paid partly or purely on commission and that creates a different type of atmosphere on the call.  They need that sale!  Scripts are heavily employed in this style of call because people can be recruited at 9am and be making calls by 9.30am.  Training will be minimal, the only focus is the sale.  But it’s a numbers game and largely a waste of time.

People who receive these types of calls back off straight away.  They will either hang up or be in a defensive position.  Scripts do not help the process.  Conversations happen off-script when people are natural with each other.  Ideally the caller will put themselves in the position of the person receiving the call and then the results are better.

Sales calls work best when there is training and the company representative has a passion for their message rather than getting the sale at all costs.  There’s something very ‘blaggy’ about scripted word-for-word sales calls.  Light scripts with call flows or bullet points work much better.  Also it’s better for reputation, reviews really do matter.

Scripts are word-for-word, call flows incorporate some scripting but they leave that important ‘space’ for conversation.  However you need experienced people.  With scripts you can literally drag someone off the street and on the basis that they can read, they can make a start.  Call flows work differently as it relies on skill to guide the person through the call.

On screen scripts are text based.  Call flows are form based.  This means that rather than speaking like a bot, the person making the call has a chance, to use their skills, to build rapport and create a conversation within the call.  It’s all much more positive.  Although the call might even be a sales call, it doesn’t feel that way to the person at the other end of the line.  Also it helps if the company representatives are properly paid rather than exploited.

The only place for scripts

Scripts should not exist at all for effective sales calls.  There are specific situations where they are appropriate, and only ever on calls that are warm.  Scripts work well for security questions, ie, “what’s your mother’s maiden name?” etc.  For security it means that tick in the compliance box and people are generally accepting of these questions.

Scripts also work well for product information where it’s important to give all the details and not leave out crucial points.  But where scripts really work well are terms & conditions.  Whilst the person listening to the T&Cs may well zone out, it really matters that they have been made aware of all those little bits and pieces in the small print.  It’s always possible to route the caller to a recording of verbal T&Cs but live is best.  It allows for questions which builds trust.

So in conclusion, ditch the script and keep it natural.  It’s better for the people making and receiving the calls and for the reputation of the business.

10 questions every clinic should ask before they outsource telephone answering and diary management
June 14, 2018

Top 10 tips to tackle the sales target
January 3, 2018
Tweets by callminders
Telephone answering
Your Back-up Service
Medical
Be A Reseller
Prices
About PCM
Go to Top